These apple spice whoopie pies combine apple cider, applesauce, and cinnamon with creamy spiced buttercream to make an irresistible cookie cake sandwich. Reducing the apple cider and using lots of cinnamon spice are both key to the incredible flavor.

And that’s a good thing. Snickerdoodles as whoopie pies!

Talk to Me About These Whoopie Pies

I will gladly do so!

Fun fact: Did you know that in western PA, where my MIL is from, whoopie pies are called gobs? I can’t decide which name I like better. They’re both fun!

Reduce the Apple Cider… Trust Me

Today’s whoopie pies are flavored with apple cider, applesauce, cinnamon, nutmeg, ginger, and brown sugar. All our favorite things, right? Don’t use regular apple cider, though. Instead, reduce the apple cider down on the stove. We’ll start with 2 cups of apple cider, then let it reduce down to 1/2 cup. In about 25-30 minutes, you’ll have 1/2 cup of super concentrated apple cider liquid. Without reducing, we won’t get as much flavor and you’d definitely notice a difference. While you wait, get the other ingredients ready.

To save time, you can reduce the apple cider down the day before!

I first saw this recipe on King Arthur Flour. I put my own spin on it by adding brown sugar, vanilla, and apple cider reduction, then played around with the leaveners as well as the dry to wet ingredients ratio until I was satisfied with the texture, flavor, and overall spread.

Like banana bread and pumpkin bread, I find they’re even better on day 2 because all the flavors have settled together. The buttercream also slightly softens the apple spice cake/cookie, so it’s truly like eating an individual apple spice cake! 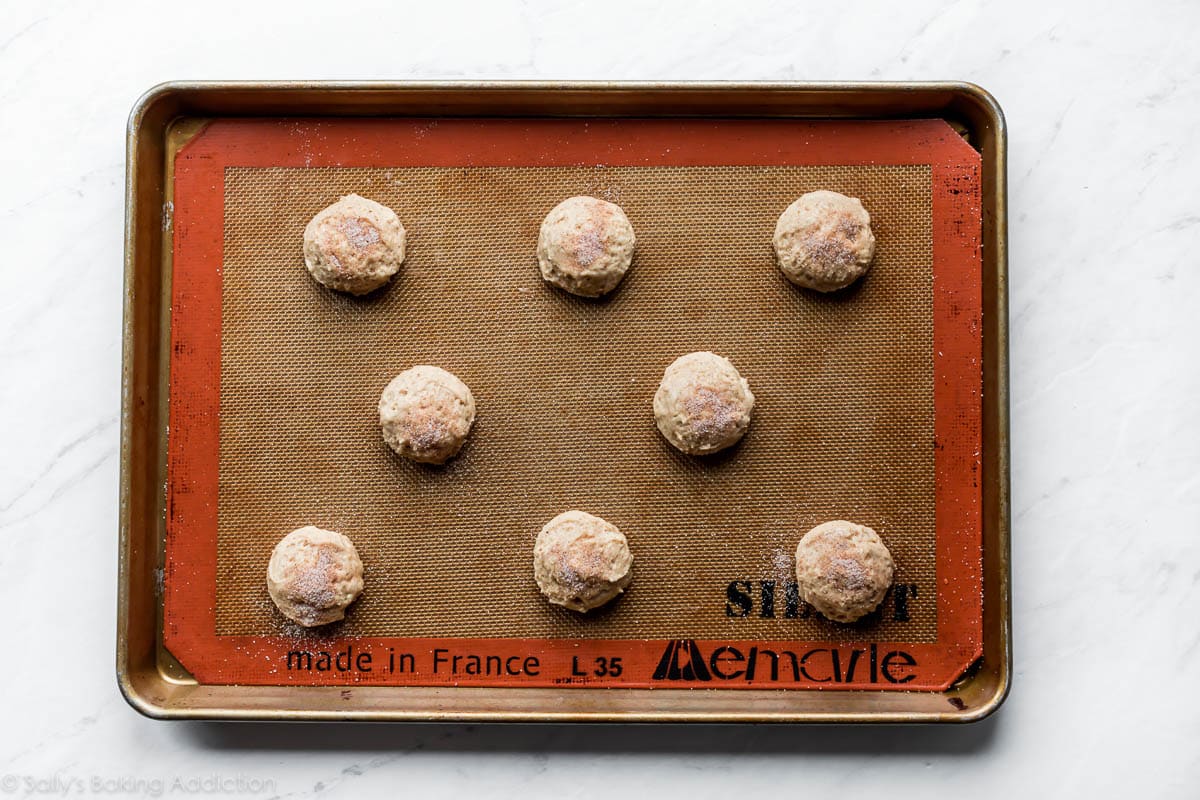 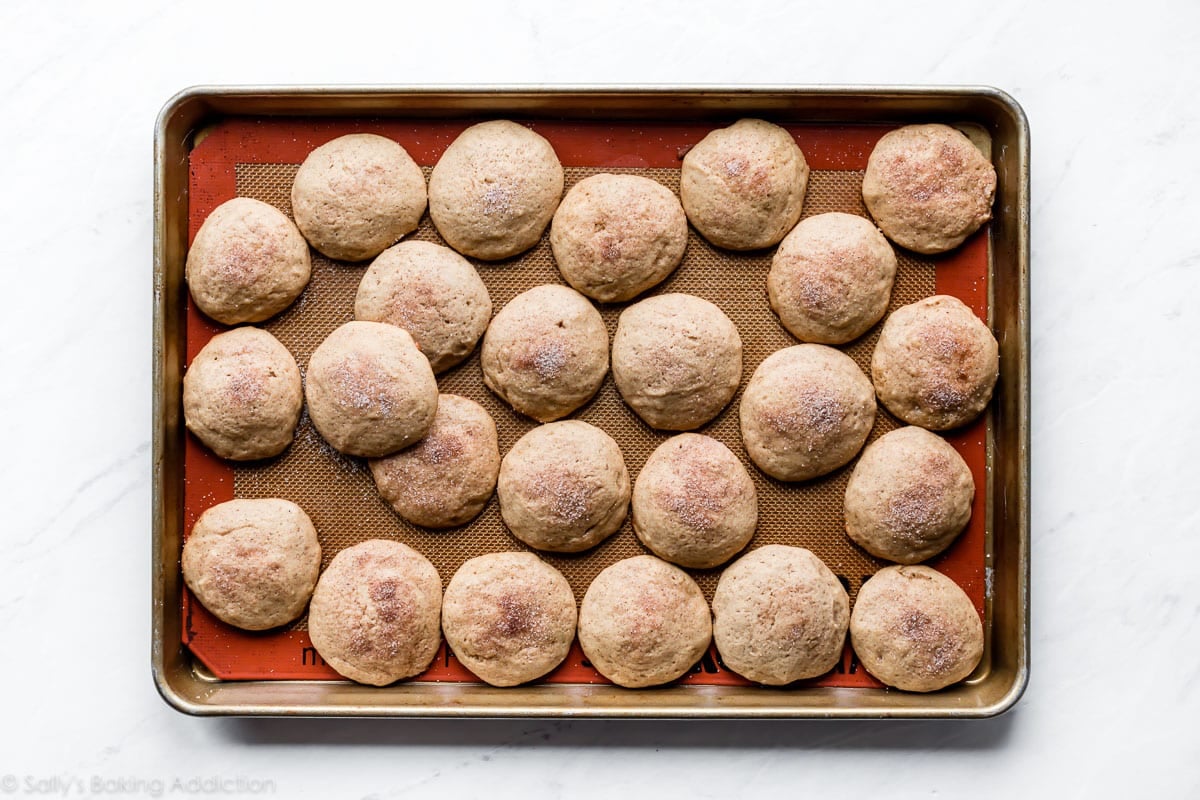 You need the following:

Traditional whoopie pie filling includes shortening, but I wanted a buttercream filling here. Beat the ingredients together until creamy and combined. You can spread the filling onto the flat side of the cookie with a knife or you can use a piping tip. I used Wilton 1A.

These apple spice whoopie pies combine apple cider, applesauce, and cinnamon with creamy spiced buttercream to make an irresistible cookie cake sandwich. Reducing the apple cider and using lots of cinnamon spice are both key to the incredible flavor.