These soft and chewy brown butter apple blondies combine cinnamon-spiced apples, brown sugar, and flavorful brown butter. We’ll top them with brown butter icing, a reader favorite icing that I also use for peach Bundt cake and pistachio cookies. If you love apple desserts like I do, these are a must-make!

Alternate title for this recipe: Butter

Let’s celebrate apples with immensely buttery blondies. We’re using 2 sticks of butter in these brown butter apple blondies and we definitely shouldn’t think twice about it!! The good news is that this recipe makes a large 9×13 inch pan, so there’s plenty to share.

But the bad news is… you have to share them.

These Brown Butter Apple Blondies Are: 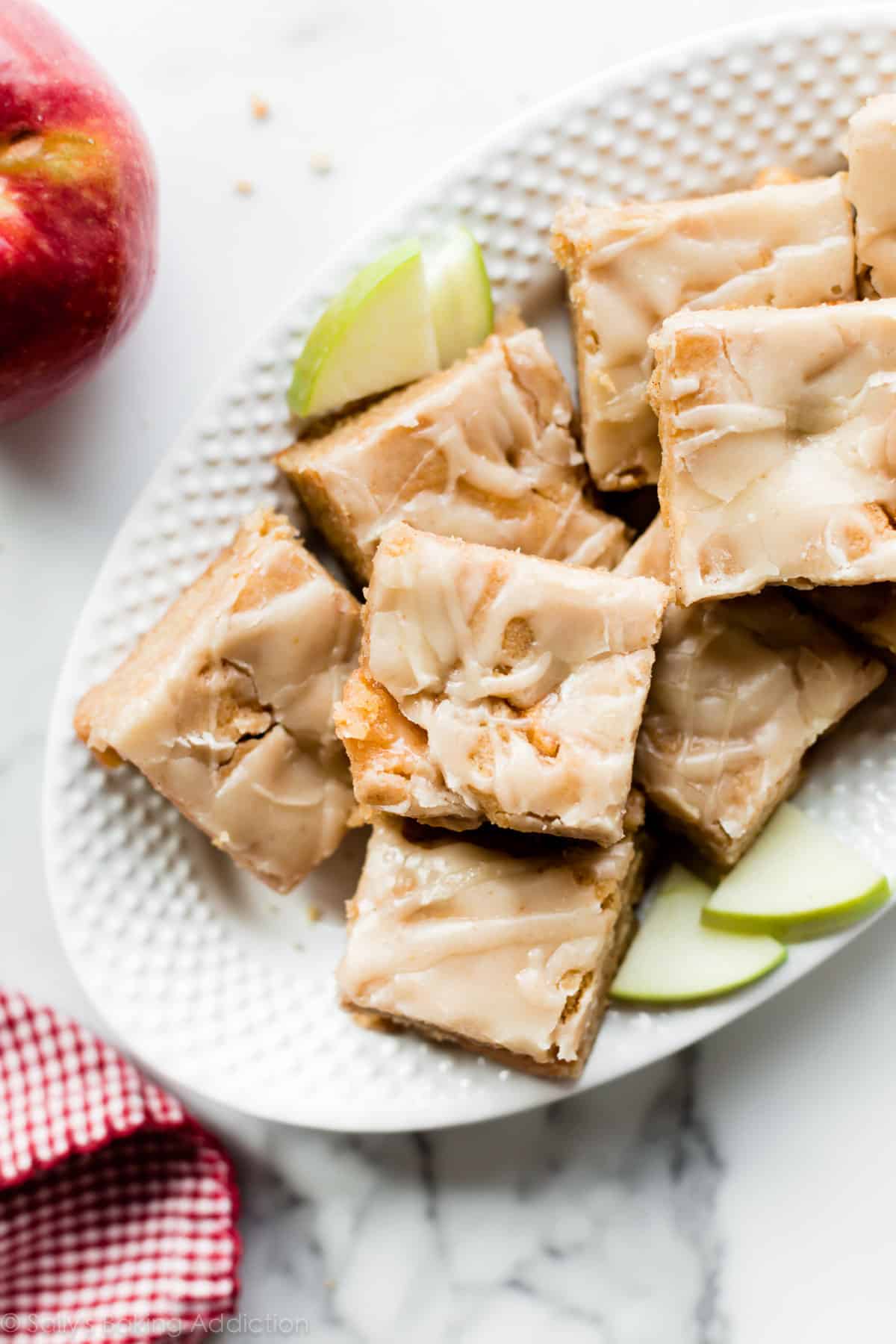 Listen up because there’s a few steps to conquer before we take that first bite.

Here are the gently cooked apples and the blondie batter: 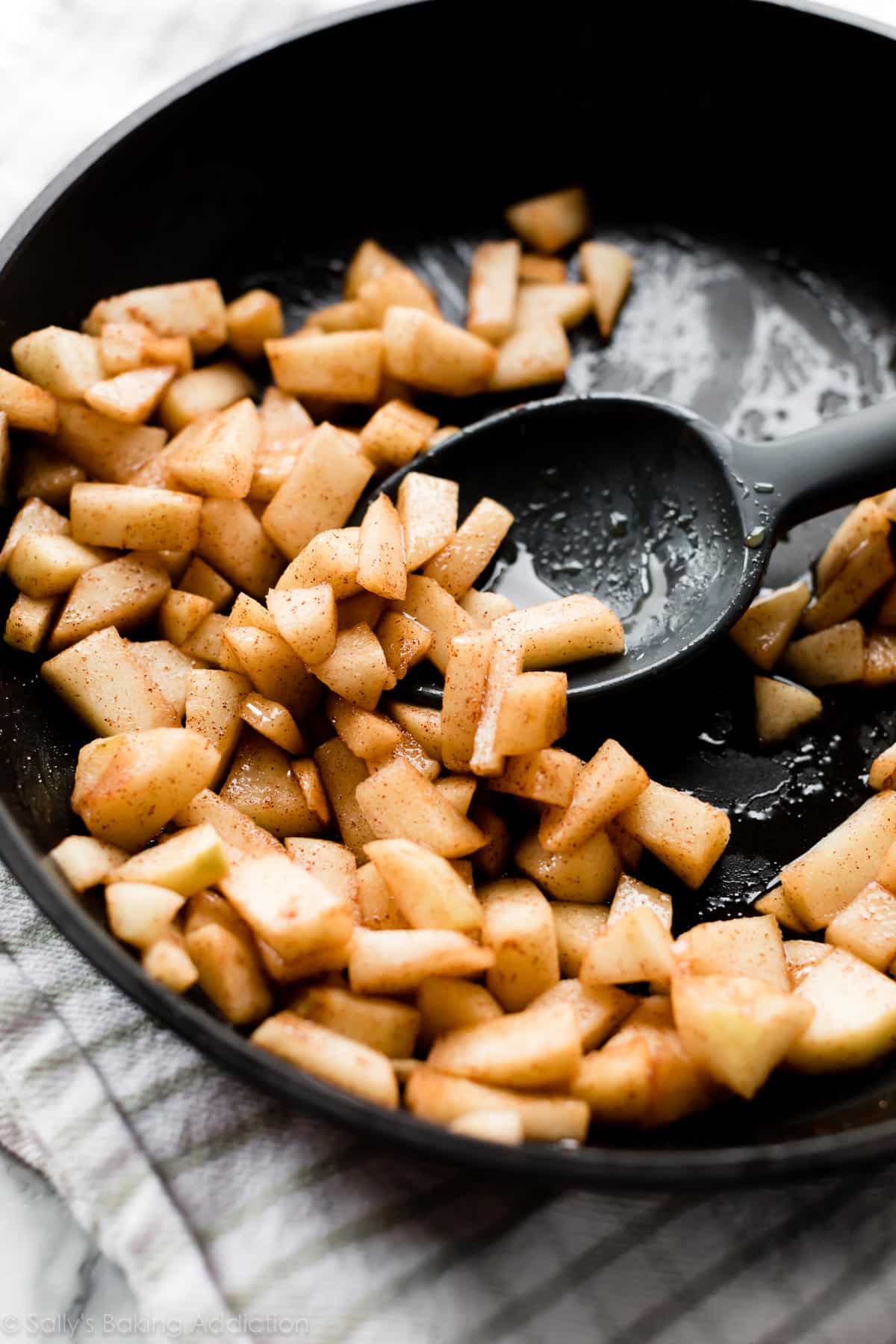 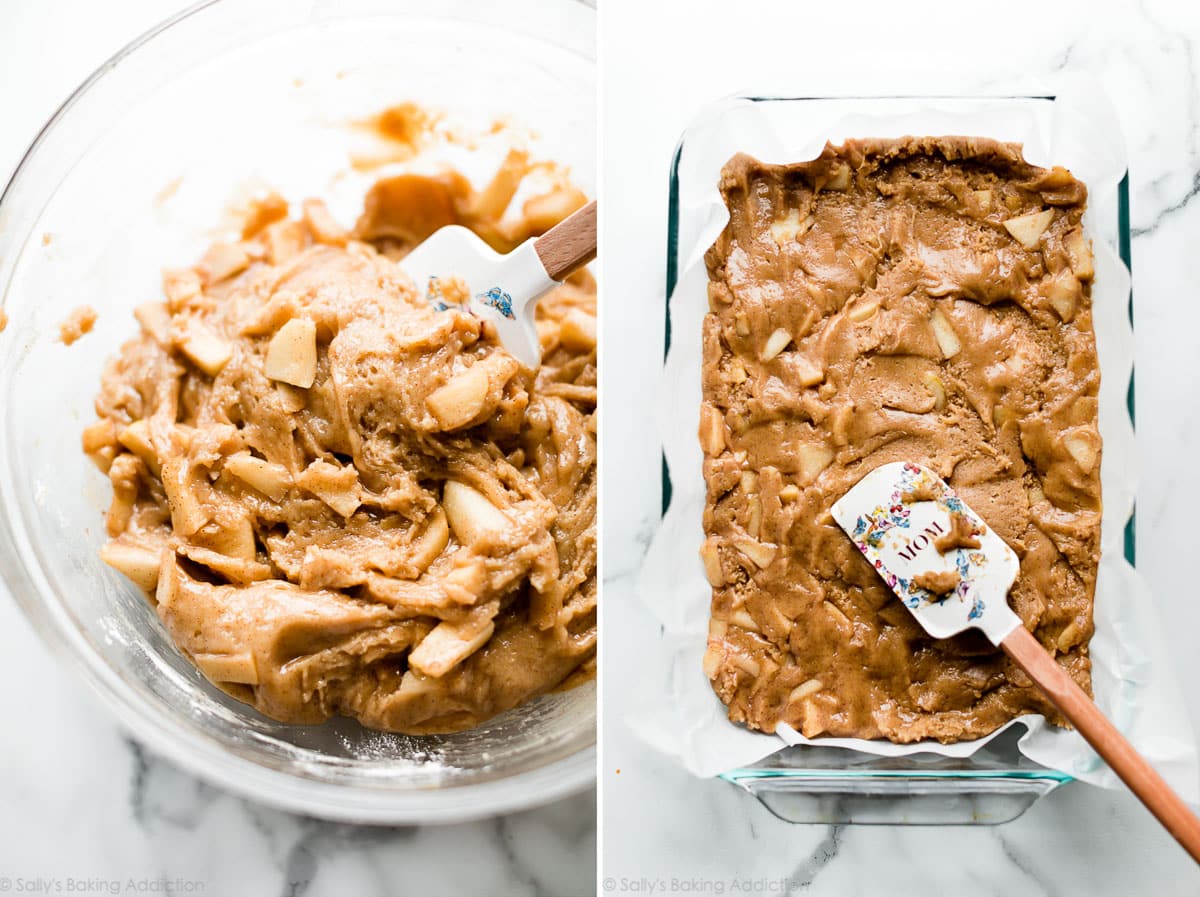 The Magic of Brown Butter

Let’s talk about brown butter. I actually created a landing page for all things brown butter including the quick process, success tips, and a video tutorial. Brown butter is a one ingredient wonder and vasty improves the flavor in any dish where it’s used, including these blondies. (By the way, I highly recommend browning butter for butterscotch blondies too!) Brown butter by gently cooking and stirring it on the stove until its milk solids toast and it has a nutty aroma. This takes anywhere between 5-8 minutes, so it’s a pretty quick step.

And well worth every single second. In less than 10 minutes, you’ll have liquid gold: 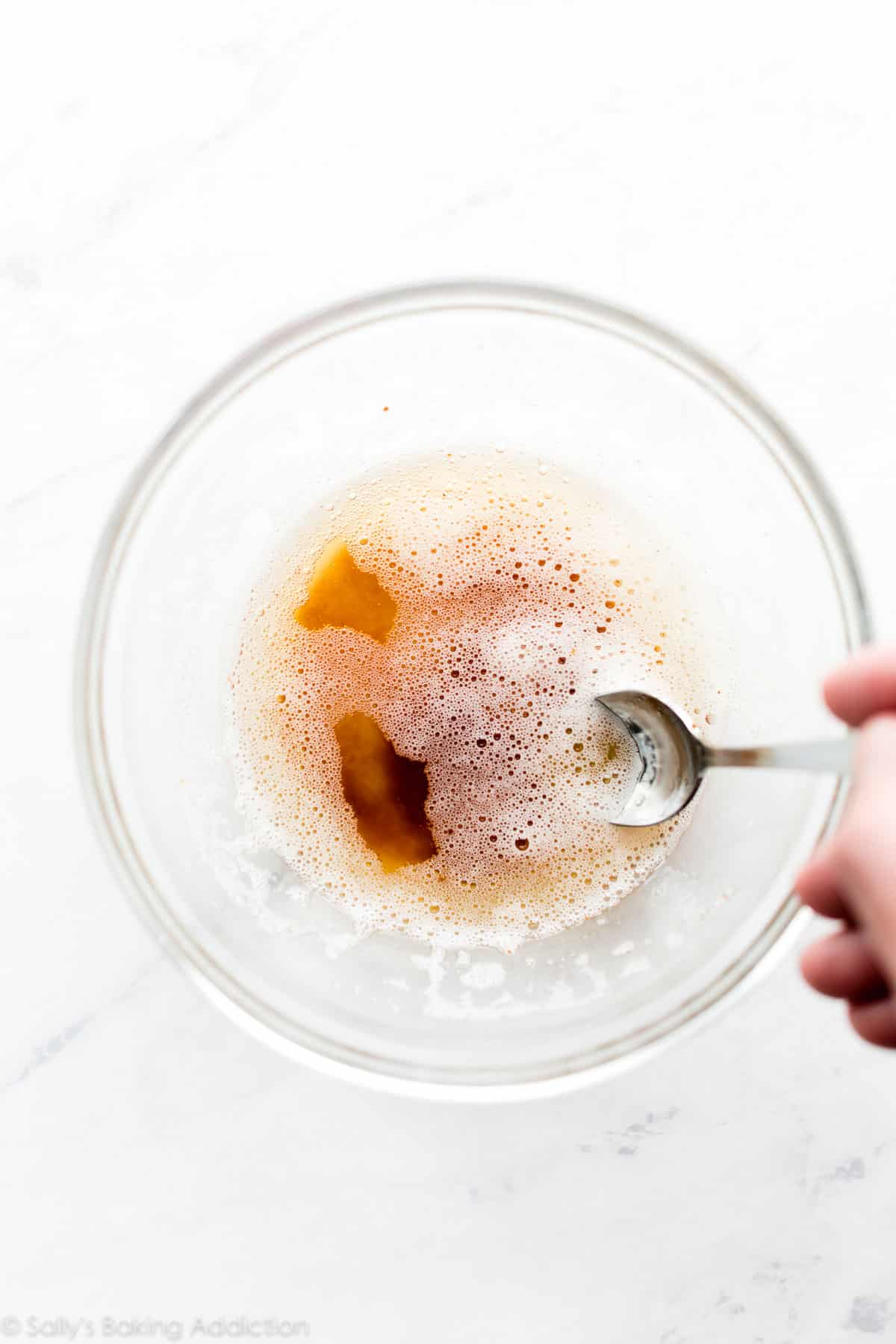 How to Brown Butter Video Tutorial

The blondies don’t *need* icing, just like we don’t *need* to binge watch Netflix on a Sunday night. But we want it, so we’ll do it.

This is the same brown butter icing we use for pistachio cookies, skillet cornmeal cake, and brown butter pumpkin oatmeal cookies. It’s remarkable and readers have been raving about it on my peach Bundt cake. Try it on scones and cinnamon rolls too. (You won’t regret this icing, unlike the 4 hours of Netflix binge watching.) 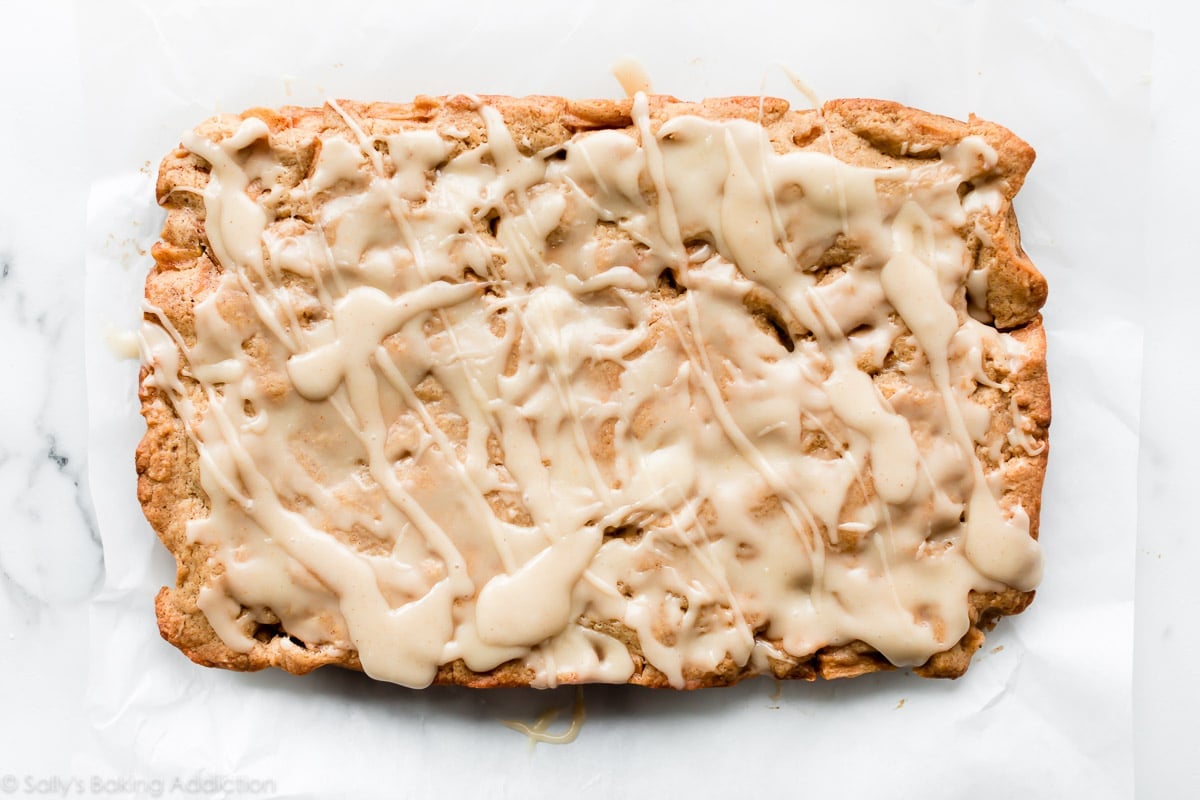 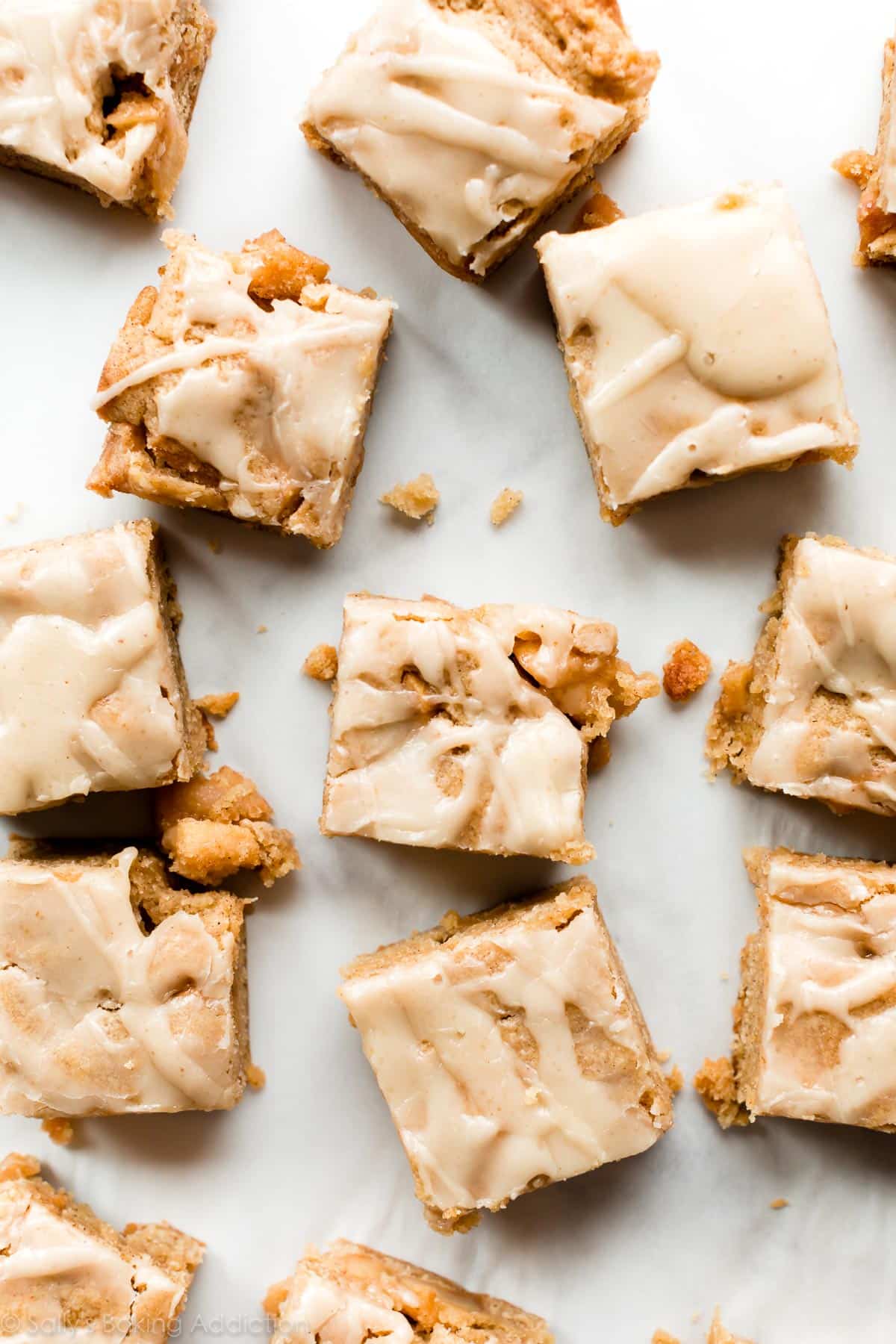 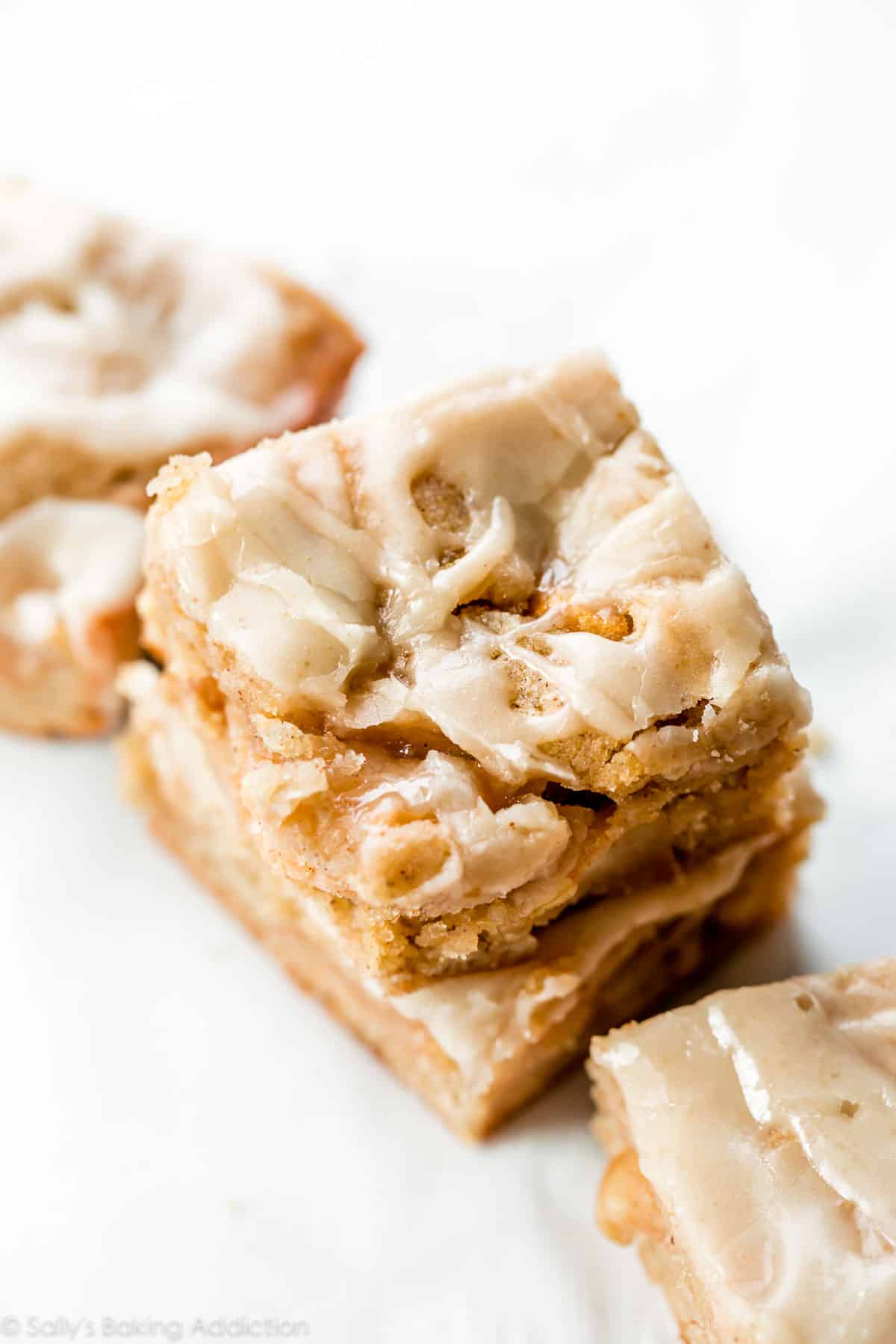 Some of the links above are affiliate links, which pay me a small commission for my referral at no extra cost to you! Thank you for supporting Sally’s Baking Addiction.