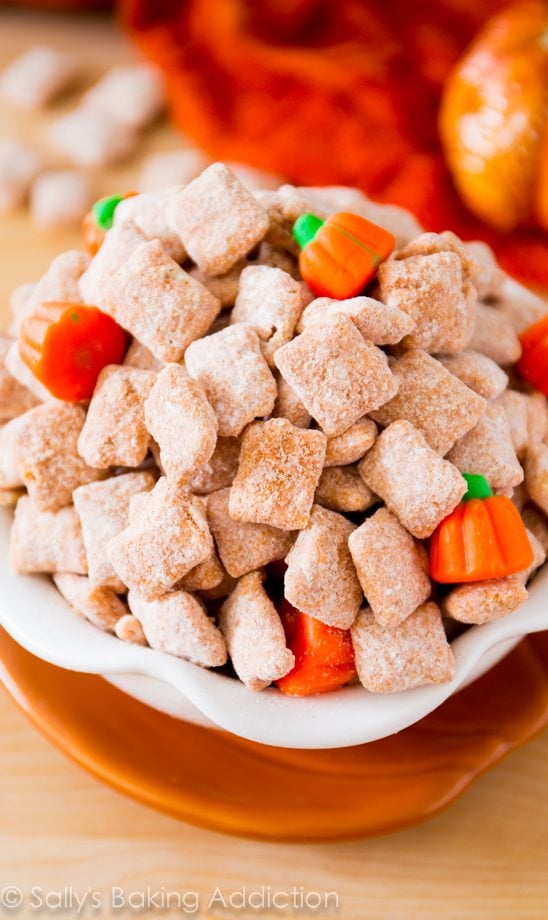 Puppy chow – aka Muddy Buddies – is not dog food. You would be surprised how many folks contact me about that. “You feed that to your dog?” No, no! Puppy chow is a snack mix – for humans.

With pumpkin puppy chow on my to-do list, I got a little excited when I spotted orange candy melts in the store last week. What are candy melts? They are a sugary little coating – wonderful for making cake pops and other dipped candies. Here are a few of the ingredients I used to make my pumpkin spice puppy chow. I list substitutes below this photo if you cannot find these products.

The cinnamon flavored Chex cereal gives the puppy chow a stronger cinnamon-sugar flavor. It is the perfect base for this puppy chow. You may use Rice Chex, Crispex, or any plain rice cereal squares you can find.

Again, this isn’t chocolate. It’s a sugary melting coating. It’s sold online, in baking shops, Walmart, and craft stores like Michael’s. You need one 12-ounce bag. If you can’t find orange candy melts, use pure white chocolate instead like Baker’s or Ghirardelli – both sold in all major grocery stores.

I love adding to this pumpkin spice puppy chow. You could use candy corn, Hershey’s Pumpkin Spice Kisses, Pumpkin Spice M&Ms or Candy Corn M&Ms, or some orange sprinkles. Any of these additions turn this sweet fall snack into a festive Halloween treat. Would be so fun served alongside these decorated Halloween cookies! 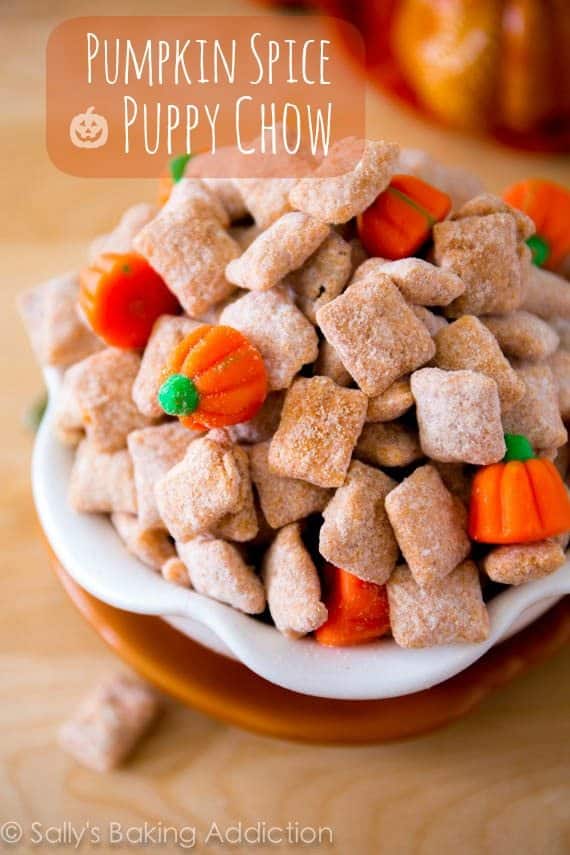 If you love pumpkin spiced goodies, you’re going to flip for this puppy chow.

This sugary snack mix gets a festive twist with pumpkin spices and mellowcreme pumpkins. Be warned – this stuff is addicting! This recipe may easily be halved or doubled.