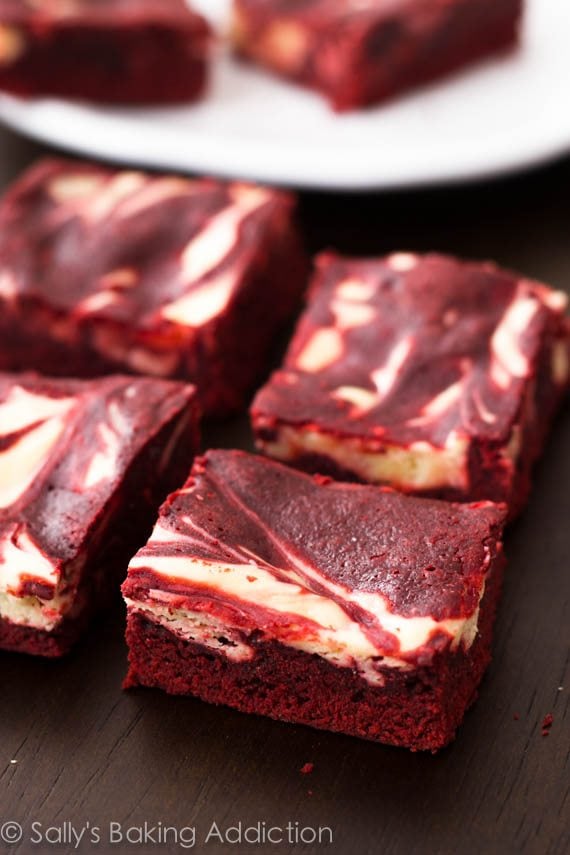 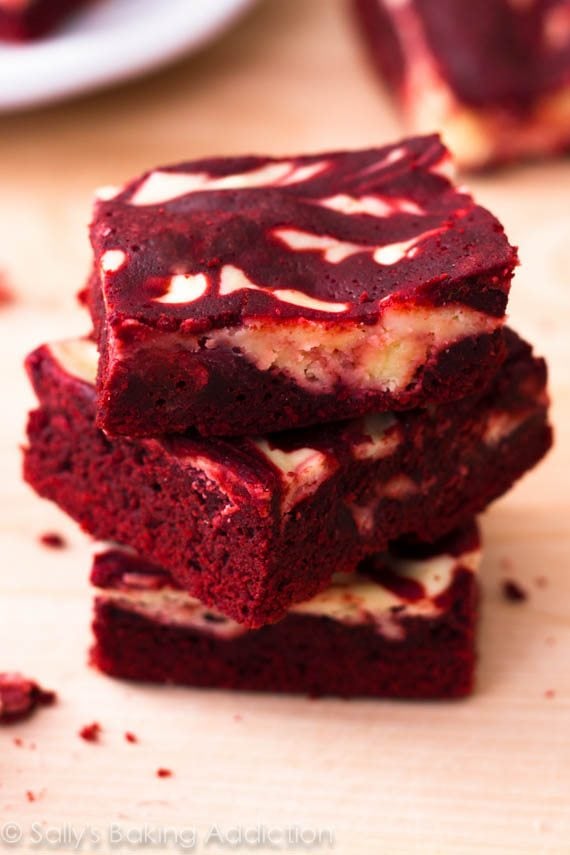 For those unfamiliar with red velvet, let me take you through a quick briefing about what this gorgeous little dessert flavor is like. Traditional red velvet desserts aren’t vanilla flavored or chocolate flavored. They are a combination of the two with a slightly tart tang from the buttermilk used in most recipes. Red velvet cake is sort of like a dense buttery vanilla cake with a mild chocolate flavor. And when it’s done right, it’s unbelievably good.

Today’s brownies are basically a fudge chocolate brownie with lots of buttery vanilla flavors. The brownie batter is red, tinted with red food coloring and a touch of white vinegar to make the red stand out against all the cocoa powder. They are beautifully swirled with sweet cream cheese and are quite dense like a typical brownie. 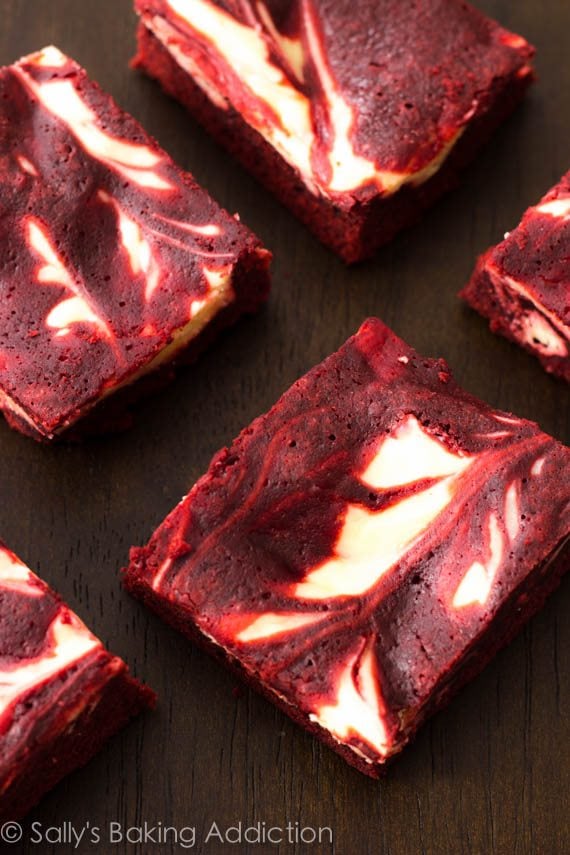 These brownies are pretty easy to make and are the perfect recipe for red velvet beginners. The cream cheese swirl is equally simple. Whip out your hand-held electric mixer and beat one 8-oz package of softened cream cheese with 1/4 cup sugar, 1 egg yolk, and vanilla extract. Beat everything together until completely smooth.

Swirl it all together with a knife as best you can– both layers are quite thick. 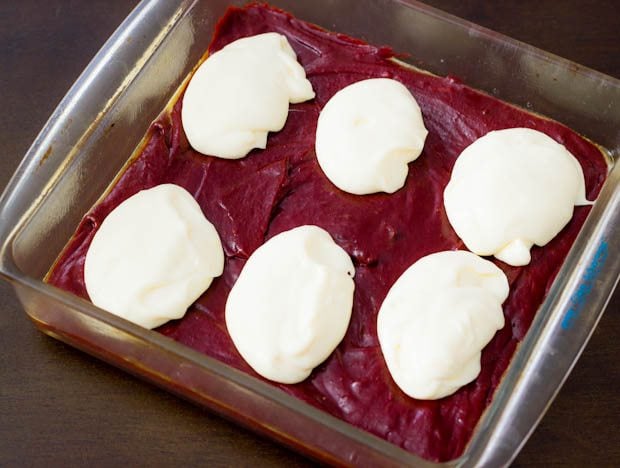 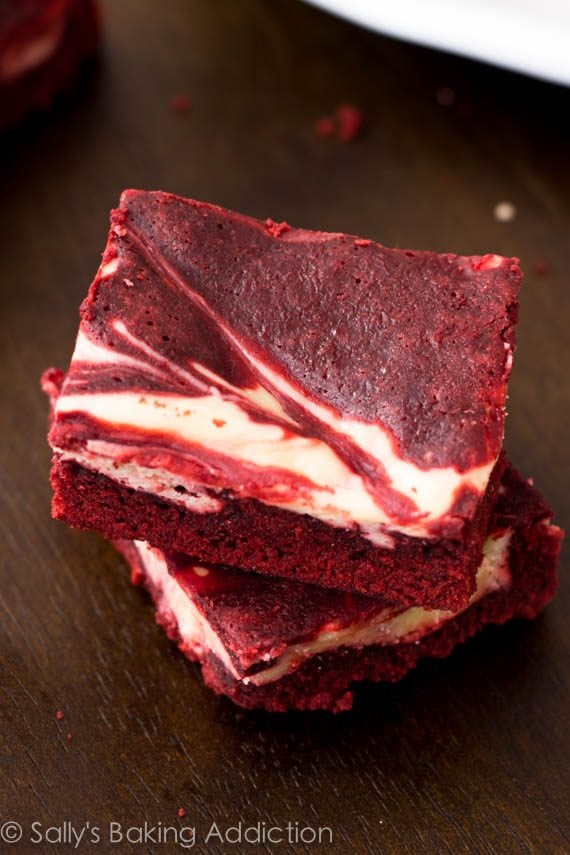