Super-moist banana bread with a thick cinnamon swirl and topped with vanilla glaze. 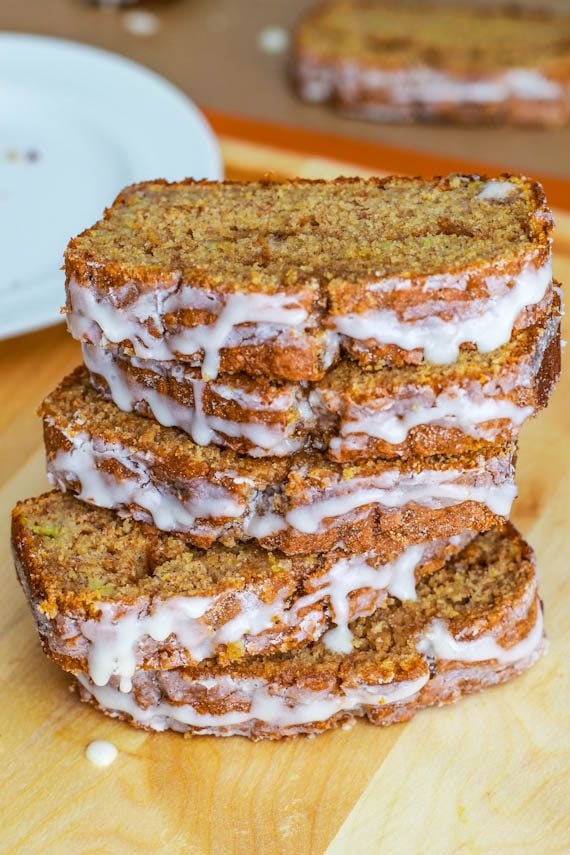 This is by far the easiest banana bread you’ll ever make. 5 minutes to mix together, pop in the oven, go back to sleep…

Soon enough, you’ll be graced with an alluring scent wafting through the house and one fine lookin’ bread ready in the oven.

What you’ll love most is that there is only 1/2 stick butter in the entire recipe. The bread is left moist and tender from the vanilla yogurt and bananas, so there really wasn’t any need for more.

But there’s obviously a need for a sweet heavy cream/powdered sugar glaze. There’s always a need for that. Sure the drippy glaze is drool-worthy, but what I loved most about the banana bread is the pretty little cinnamon ribbon hiding inside.

Because of the added sweetness in the glaze and cinnamon-sugar layer, I reduced the sugar in the actual bread itself. I don’t enjoy a sugar-bomb banana bread because it takes away from the most important part – the bananas. Unless of course it’s this banana bread.